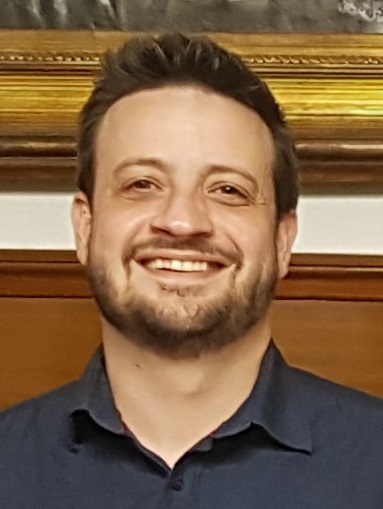 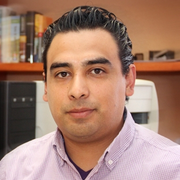 Hugo Jair Escalante is researcher scientist at Instituto Nacional de Astrofisica, Optica y Electronica, INAOE, Mexico. Previously, he was assistant professor at the Graduate Program on Systems Engineering at UANL. He holds a PhD in Computer Science, for which he received the best PhD thesis on Artificial Intelligence 2010 award (Mexican Society in Artificial Intelligence). He was granted the best paper award of the International Joint Conference on Neural Networks 2010 (IJCNN2010). He is secretary and member of the board of directors of ChaLearn, The Challenges in Machine Learning Organization, a non-profit organism dedicated to organizing challenges, since 2011. Also, he is member of the board of the CONACYT Network on Applied Computational Intelligence, regular member of AMEXCOMP and member of the National System of Researchers (SNI). Since 2017, he is editor of the Springer Series on Challenges in Machine Learning, a new book series focused on academic competitions within machine learning and related fields. He has been involved in the organization of several challenges in computer vision and machine learning, collocated with top venues in machine learning and computer vision, see http://chalearnlap.cvc.uab.es/. He has served as co-editor of special issues in IJCV, IEEE TPAMI, and IEEE Transactions on Affective Computing. He has served as area chair for NIPS 2016 and NIPS 2017, and has been member of the program committee of venues like CVPR, ICPR, ICCV, ECCV, ICML, NIPS, IJCNN. His research interests are on machine learning, evolutionary computing and its applications on language and vision.

Xavier Baró received his B.S. degree in Computer Science at the Universitat Autònoma de Barcelona (UAB) in 2003. In 2005 he obtained his M.S. degree in Computer Science at UAB, and in 2009 the Ph.D degree in Computer Engineering. At the present he is a lecturer and researcher at the IT, Multimedia and Telecommunications department at Universitat Oberta de Catalunya (UOC). He is involved on the teaching activities of the Computer Science, Telecommunication and Multimedia degrees of the UOC, and collaborates as assistant professor on the teaching activities of the Computer Science degree at the Applied Mathematics and Analysis of the Universitat de Barcelona (UB). In addition, he is involved on the Interuniversity master on Artificial Intelligence (UPCUBURV). He is cofounder of the Scene Understanding and Artificial Intelligence (SUNAI) group of the UOC, and collaborates with the Computer Vision Center of the UAB, as member of the Human Pose Recovery and Behavior Analysis (HUPBA) group. His research interests are related to machine learning, evolutionary computation, and statistical pattern recognition, specially their applications to generic object recognition over huge cardinality image databases.

Dr. Jordi Gonzàlez received the Ph.D. degree in Computer Engineering in 2004 from Universitat Autònoma de Barcelona (UAB), Catalonia. He was a postdoctoral fellow at the Institut de Robòtica i Informàtica Industrial (IRI), a Joint Research Center of the Technical University of Catalonia (UPC) and the Spanish Council for Scientific Research (CSIC). At present, he is Associate Professor in Computer Science at the Computer Science Department, UAB. He is also a research fellow at the Computer Vision Center, where he has co-founded 2 spin-offs and the Image Sequence Evaluation (ISE Lab) research group in 2004. His research interests lie on pattern recognition and machine learning techniques for the computational interpretation of human behaviours in image sequences, or Video Hermeneutics. He has co-organized the THEMIS (BMVC2008 and ICCV2009), ARTEMIS (ACM MM2010, ECCV2012 and ACM MM2013) and ChaLearn LAP (ICMI2013, ECCV2014 and CVPR2015) workshops related to the video-based analys is of human motion in surveillance, films and social media footage. He has served as Area Chair (ICPR2012 and ICIAP2015); Publicity Chair at AVSS2012; Workshop Chair (ICCV2011 and AVSS2015); Local Arrangement Chair at ICCV2011; and Tutorial Chair at ibPRIA2011. He has co-organized Special Issues in IJPRAI (2009), CVIU (2012), MVA (2013) and TPAMI (2015) journals. He is member of the Editorial Board of CVIU and IET-CVI journals. He is also member of IEEE, Spanish Association on Pattern Recognition (AERFAI) and Catalan Association for Artificial Intelligence (ACIA).