Prof. Darrell (trevor@eecs.berkeley.edu) is on the faculty of the CS Division of the EECS Department at UC Berkeley and he is also appointed at the UC-affiliated International Computer Science Institute (ICSI). Darrell’s group develops algorithms for large-scale perceptual learning, including object and activity recognition and detection, for a variety of applications including multimodal interaction with robots and mobile devices. His interests include computer vision, machine learning, computer graphics, and perception-based human computer interfaces. Prof. Darrell was previously on the faculty of the MIT EECS department from 1999-2008, where he directed the Vision Interface Group. He was a member of the research staff at Interval Research Corporation from 1996-1999, and received the S.M., and PhD. degrees from MIT in 1992 and 1996, respectively. He obtained the B.S.E. degree from the University of Pennsylvania in 1988, having started his career in computer vision as an undergraduate researcher in Ruzena Bajcsy's GRASP lab.

Cordelia Schmid holds a M.S. degree in Computer Science from the University of Karlsruhe and a Doctorate, also in Computer Science, from the Institut National Polytechnique de Grenoble (INPG). Her doctoral thesis on "Local Greyvalue Invariants for Image Matching and Retrieval" received the best thesis award from INPG in 1996. She received the Habilitation degree in 2001 for her thesis entitled "From Image Matching to Learning Visual Models". Dr. Schmid was a post-doctoral research assistant in the Robotics Research Group of Oxford University in 1996--1997. Since 1997 she has held a permanent research position at INRIA Rhone-Alpes, where she is a research director and directs an INRIA team. Dr. Schmid is the author of over a hundred technical publications. She has been an Associate Editor for IEEE PAMI (2001--2005) and for IJCV (2004--2012), editor-in-chief for IJCV (2013---), a program chair of IEEE CVPR 2005 and ECCV 2012 as well as a general chair of IEEE CVPR 2015. In 2006, 2014 and 2016, she was awarded the Longuet-Higgins prize for fundamental contributions in computer vision that have withstood the test of time. She is a fellow of IEEE. In 2013, she was awarded an ERC advanced grant on "Active Large-scale LEarninG for visual RecOgnition" and in 2015 a Humboldt Research Award. 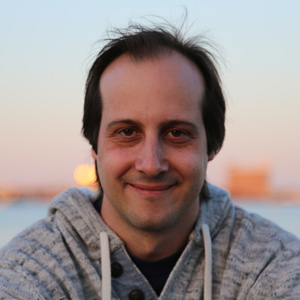 Antonio Torralba is an Assistant Professor of Electrical Engineering and Computer Science and a member of the Computer Science and Artificial Intelligence Lab. He is a Telecommunication Engineer by the Technical University of Catalonia (Spain) since 1995. He received his Ph.D. from Grenoble Institute of Technology (France) in 2000. His research interests span computer and human vision, computer graphics and machine learning. His particular areas of interest include object and scene recognition, large image databases, applied machine learning, and the role of context in visual perception.